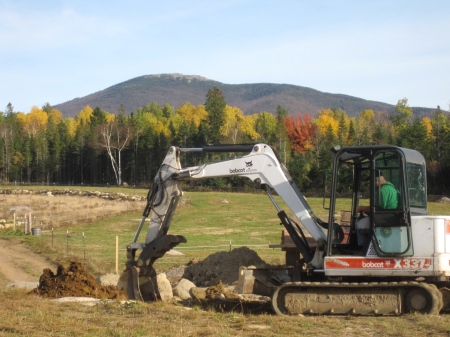 D has almost finished smoothing the way out to DH’s cabin. He’s done a beautiful job, especially considering the poor materials he had to work with. The free fill we were given was crammed with rocks. 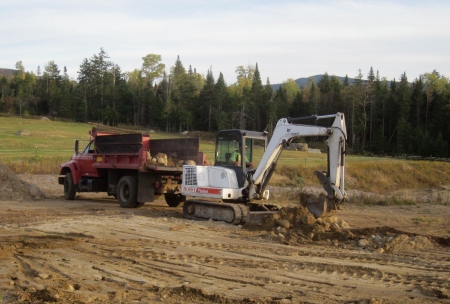 With the bucket D patiently sifted hundreds of rocks from the dirt. Some of the rocks he buried. (As he created one rocky underground cache he gave me a rare smile. “Probably right where you want a fence post!”)

The rest he loaded into the back of his dump truck. 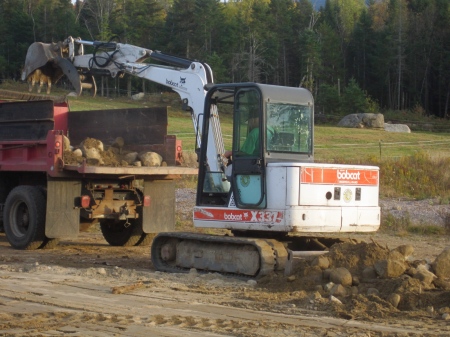 He dumped them at the old edge of the pond. My hope is that next year his father will be able to finish the pond and bury them.

Meanwhile his two-year-old granddaughter was dropped off to “wide with Papa.” She sat in his lap happily as he worked, and then stretched her arms to me. She and I fed the pigs their supper. 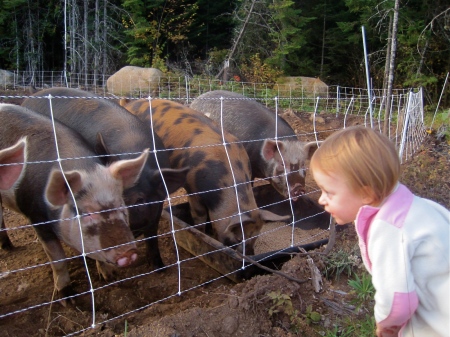 Emma has been visiting “the piggies” since June. In four months the scampering little piglets have become large, jostling, biting hogs.

This entry was posted on Wednesday, October 12th, 2011 at 6:32 am and is filed under Uncategorized. You can follow any responses to this entry through the RSS 2.0 feed. You can leave a response, or trackback from your own site.