A Friend in Need…

… is a friend, indeed. Damon called yesterday and I moaned my frustration over the truck, stuck in the driveway and spinning ruts in the gravel due to the locked wheel. You know someone is a true friend when his immediate response is: “I’ll put my leg on.”

It won’t surprise you to learn that in five minutes Damon had the truck unlocked and moving. “What did you do?” “Oh, played with it.”

If I can get an appointment for the truck tomorrow at the dealership, he is going to drive it the half hour there while I follow in my car. Damon is unafraid of wheels locking up at high speed or much else mechanical. Last year when he fixed one set of brakes on the old farm truck, I quavered (after almost taking out a fence post) that the old truck took quite a while to stop. He snorted. “You just need to know how to drive!”

Paint update: I went to the hardware store yesterday for more paint samples. The local salesman was unfriendly, just short of rude. He could not make up any of my samples because he was sold out of the base for all of them.  Really, God? I was so tired and discouraged (Damon hadn’t yet been out and solved the truck problem), I was ready to give up, go home, and lie down with a towel over my head. However I forced myself to drive another twenty minutes to the next town.

There I discovered my first gift of the day: an older salesman so kind, so excited about the possibilities of paint, so eager to hear every challenge I was facing, that he turned my mood around. “Everyone feels anxious about paint colors! But really, what’s the worst that can happen? You make a mistake? You paint over it!” He compared the problem to his teaching himself to cook after a lifetime of buying packaged foods. “I got a set of cast iron pans! At first I was so worried about measuring everything exactly! And then one day I realized — make a mistake, throw it away, and start over!” He told me about his hobby writing. “I set my story in Seattle — I’ve never been to Seattle! Google Earth is my friend! After work I look up all the places my heroine will go! I’ve even designed her house layout on my designing program! It keeps my brain cells working!” By the time the last of my sample cans had been shaken, I was ready to invite the salesman out for coffee.

After trying more swatches, I think I’ve decided I will paint most of the house Linen White. It is a lot like Navajo White, but slightly brighter and less muddy. The soft color (more Jersey cream than linen to my eye) may look pale yellow or even peach in different lights (and I suppose in a cold blue north light it may even look green!) but I’ve given up on this issue. I realize that I am currently living in a house that is full of lima-bean green and gold, two of my least favorite colors, and — it has been fine. It’s actually pretty. I also realize that house paint colors are not, as they have been feeling, the equivalent of my 7th grade Latin exam when I forgot to study. It seems unlikely that anyone will walk in my home, glance at my walls, and say, “What a stupid failure you are!” 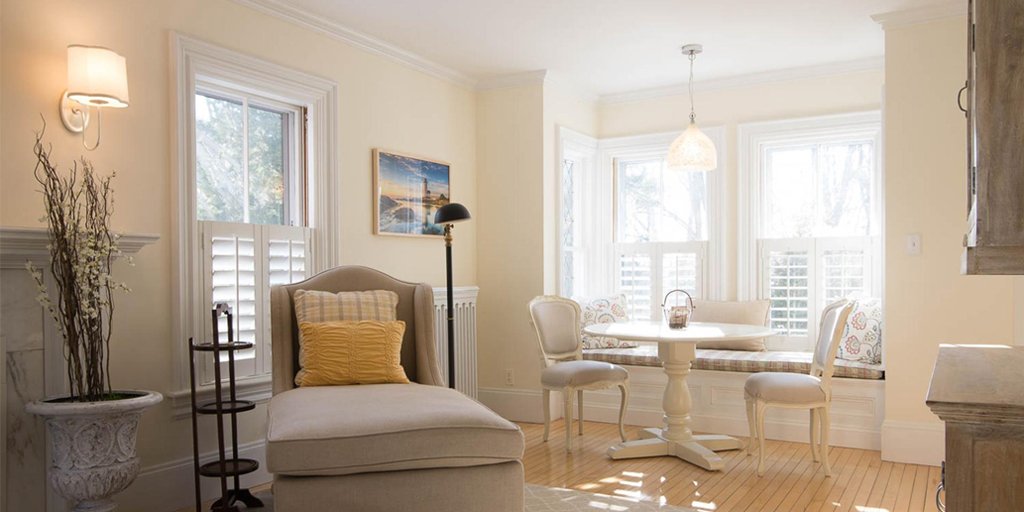 As for the white trim throughout, I haven’t quite decided, but I am reassured after watching a three-minute Youtube video of a home designer explaining which white trim was best for which situation. (DH asked in mystification, “You’re watching a video on white trim?”)

The designer was standing in front of a dark backdrop holding up pieces of what appeared to my eye to be standard white card stock. She said earnestly, “As you can see, White Dove has a grey undertone, while the undertone of Decorator’s White is blue.”

To me, it was a comedy routine. All of the cards looked exactly the same.

So I am less fearful. Onward!

This entry was posted on Sunday, May 7th, 2017 at 4:38 am and is filed under Uncategorized. You can follow any responses to this entry through the RSS 2.0 feed. You can leave a response, or trackback from your own site.

4 Responses to A Friend in Need…